Please Click Here at 10:55 AM on Monday to View LeRoy's Mass of Christian Burial. 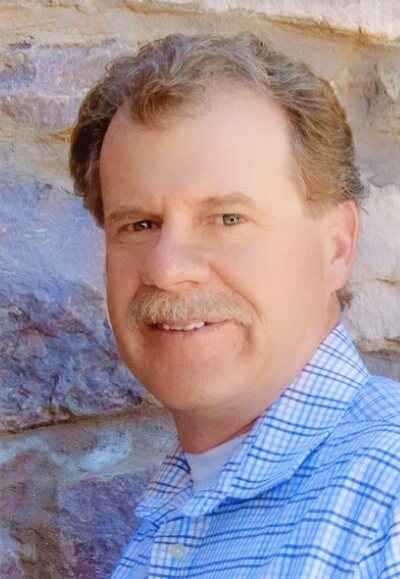 Mass of Christian Burial will be held at 11:00 AM on Monday, December 14, 2020, at St. Michael Catholic Church in Sioux Falls, SD.  Visitation will be held on Sunday at George Boom Funeral Home and On-Site Crematory in Sioux Falls beginning at 5:00 PM with a Liturgical Wake Service at 7:00 PM. Please abide by social distancing guidelines and wear a facemask for both the visitation and funeral.

LeRoy was born in Freeman, SD on March 21, 1964, to Frederick and Delores (Cornell) Huntimer. He grew up in the Hartford area, living on Wall Lake for many of those years. He attended West Central school, graduating in 1982. After high school, he attended the University of South Dakota on a football scholarship.

After college, he began a career at Citi in Sioux Falls, working in ACH and as a Manager in Customer Service. After nearly 25 years, he left Citi to pursue a different career in the ATM business. He quickly learned the ropes in this field and became a leader in the ATM industry, earning the respect of clients and associates all over the US and the US Virgin Islands. During his 11 years in this field, he received the ATMIA Outstanding Service Award and was the ATMIA Industry Champion, along with many other awards.

On July 31, 1993, he was united in marriage to Melinda Ellis making their home in Sioux Falls. They shared a wonderful life together. They went on trips in their motorhome, and by air to many exotic locations. They shared a love of German Shepherd dogs, raising 6 of them throughout the years.

LeRoy was a charter member of South Dakota Walleyes Unlimited, serving as Treasurer for 17 years. To say LeRoy loved fishing would be an understatement. He spent many days at various lakes and rivers on a conquest for the mighty walleye. The trip that he looked forward to more than any other was his annual excursion to Lake Erie, where he truly did catch mighty walleye.

LeRoy was a great athlete. He enjoyed playing football, baseball, softball and basketball, always giving it his all. He also enjoyed playing cards with his family, and hunting in the fall with friends and family.