On Tuesday night, Pierre hosted Huron in a ‘AA’ girls basketball contest. This was a historic night, but not for the reasons that you’d immediately think of when it comes to a high school basketball game.

It’s just the third in history that a varsity basketball contest in the Mt. Rushmore State has been officiated by an all-female, all-native crew. Genevieve DeMent-Osborn, Amber Sierra, and Mary Freddie were assigned to officiate the game Tuesday night.

South Dakota High School Activities Association assistant executive director John Krogstrand, who was at the game on Tuesday evening, said it’s an experience that shows South Dakota is making progress in the topics of diversity and gender equality.

“It’s cool to have seen it happen, and it’s a reminder that we’ve come a long way,” explained Krogstrand. “We still have a long way to go when it comes to breaking barriers, but it’s proof of progress being made.”

Krogstrand added that these three women were chosen for the contest because they are all more than qualified to do the job.

In South Dakota this year, there are roughly 500 high school basketball officials. Of those, around 10% are female – meaning the number of female refs sits at roughly 50 in the state.

The only other time an all-female, all-native crew officiated a game was in 2017 at the 41st Annual Lakota Nation Invitational basketball tournament. 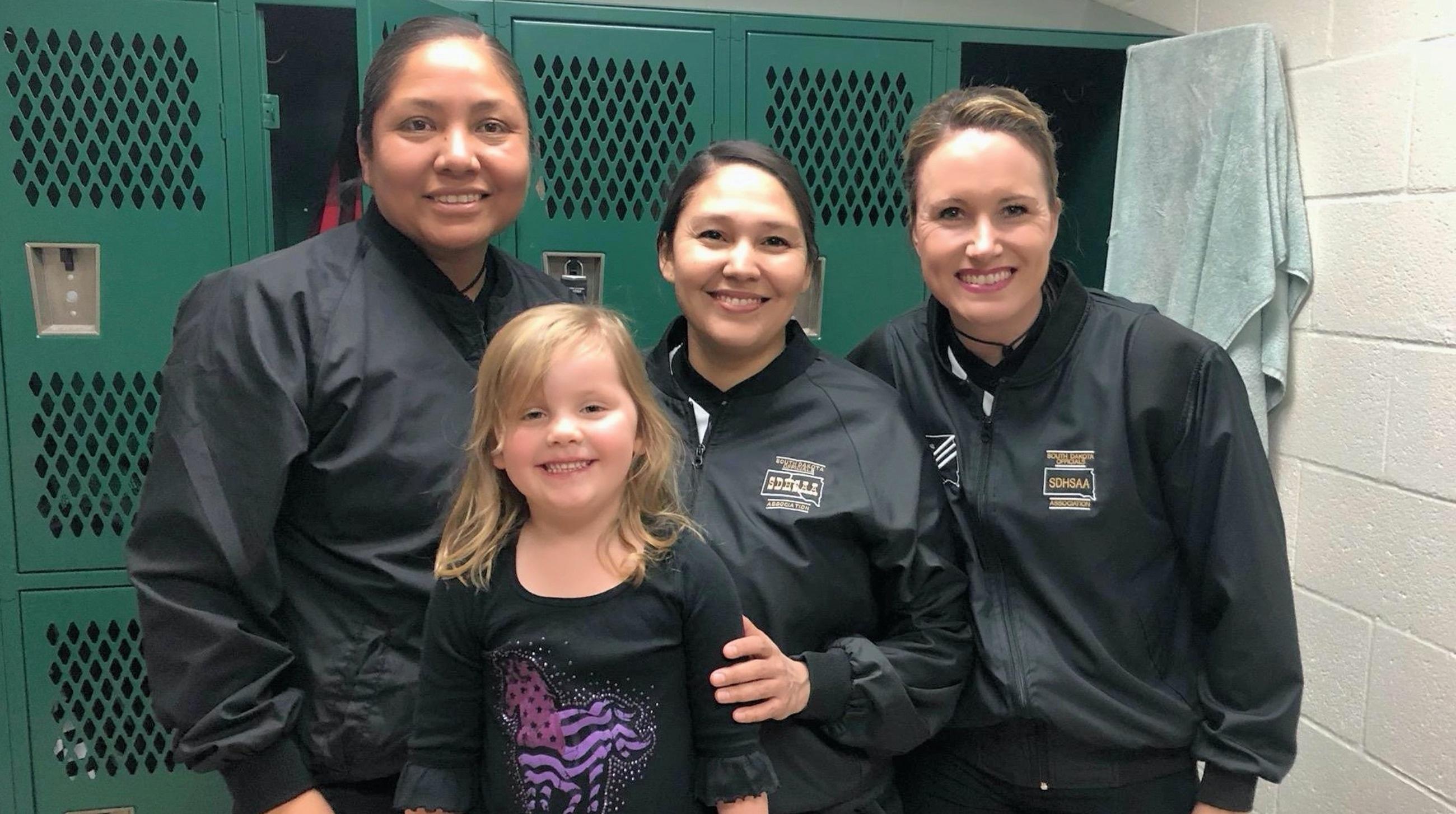