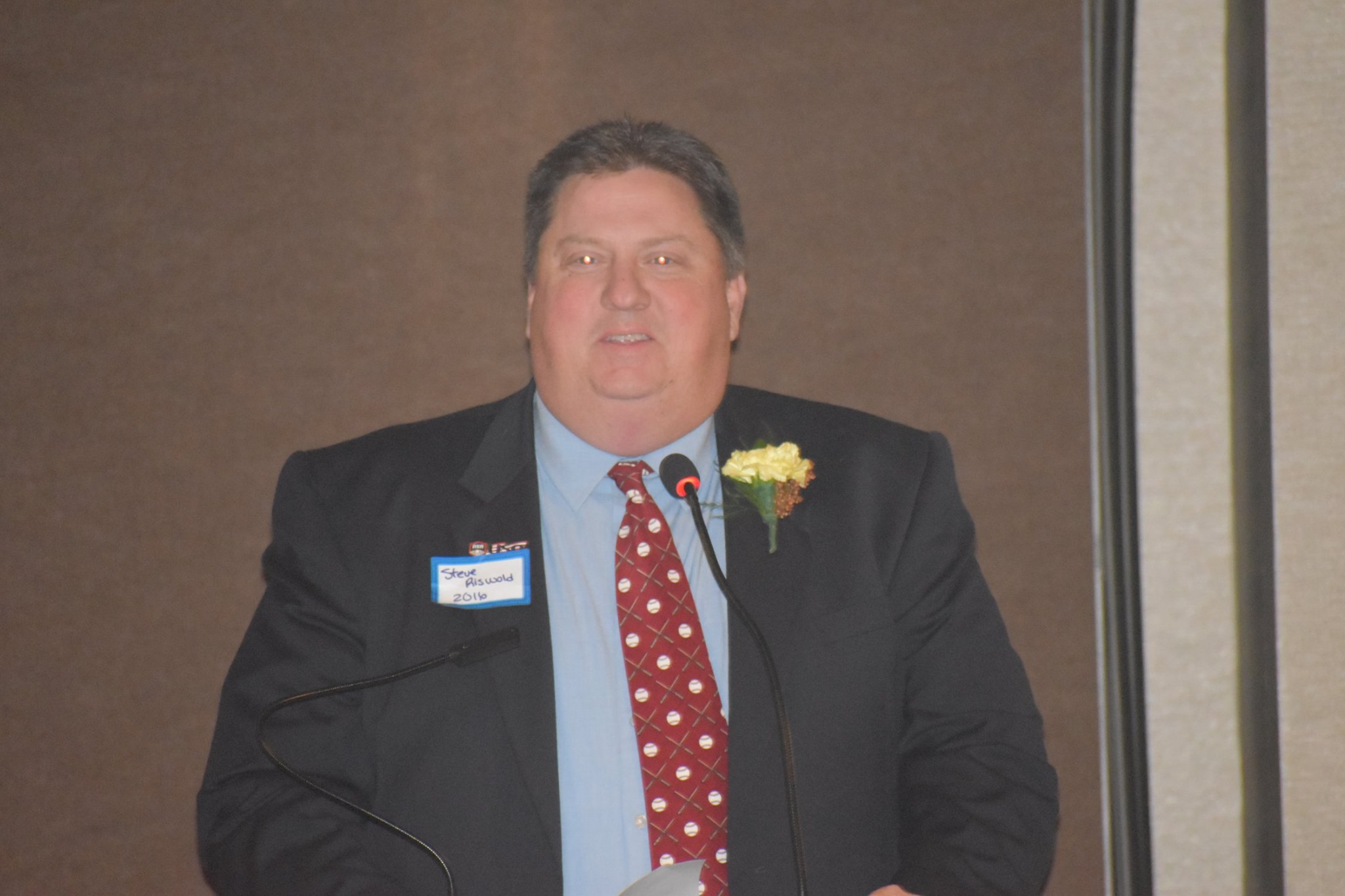 Umpire Ron Smidt. Ron had a prior commitment and could not be in attandance. Ron works both Men's and Youth fastpitch. Ron and his wife are living at Lake Herman at Madison. Prior to retirement Ron was Pipestone County Sheriff.

Chuck Buchheim, President of the USA Softball Umpire's awarding the National Indicator Awards. One award winner, Brian Schaefer of Bryant was not able to attend. 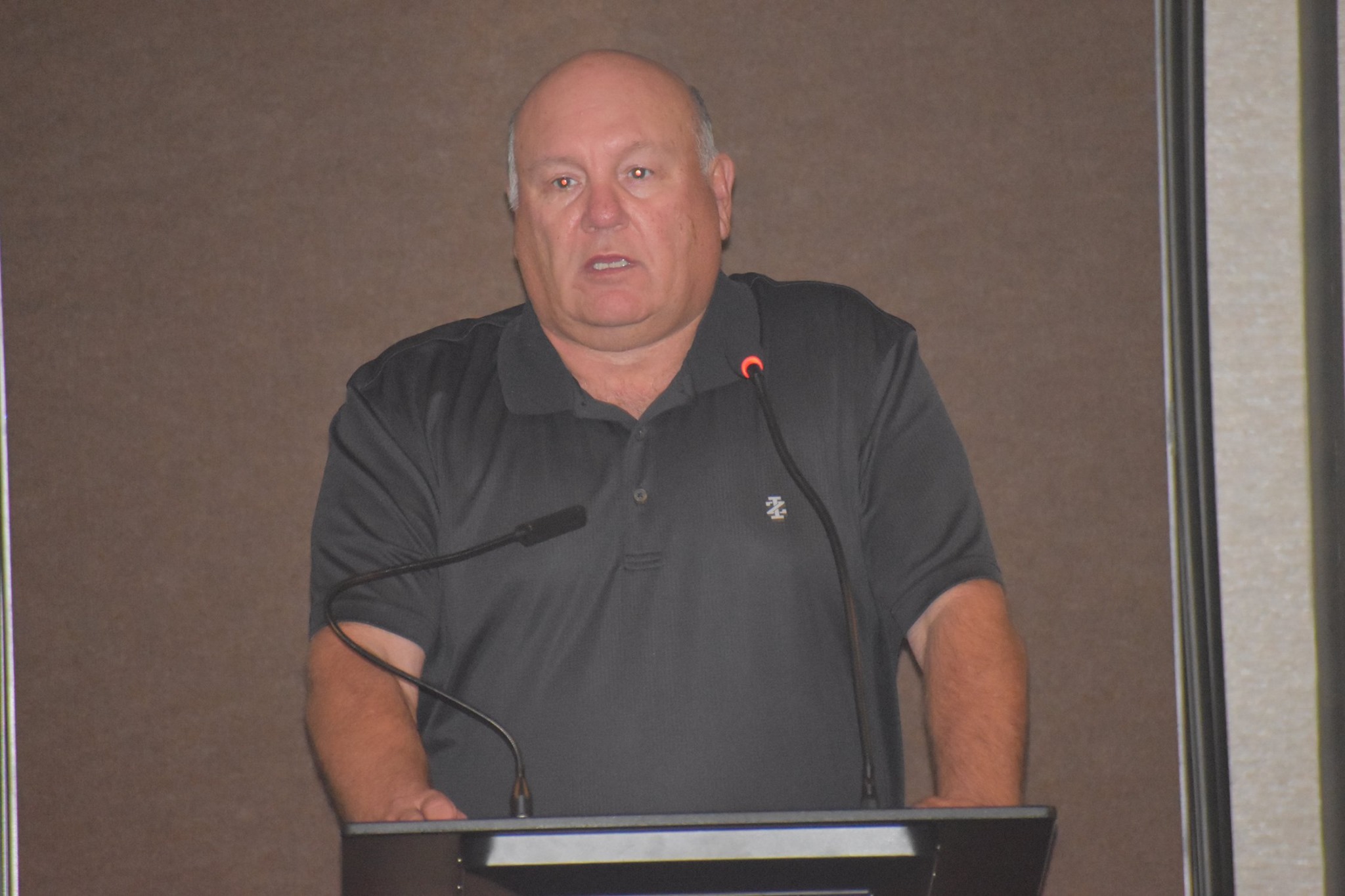 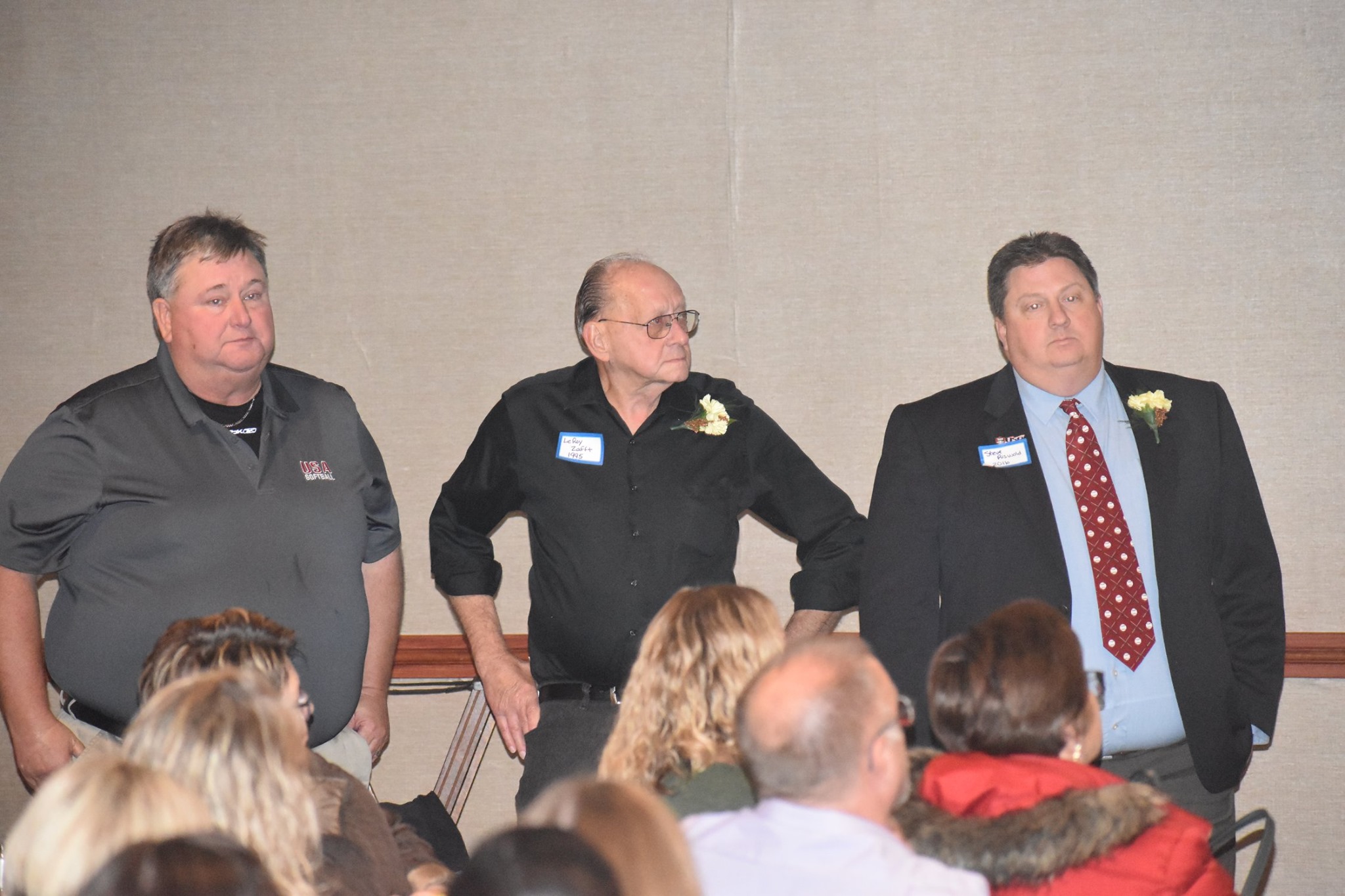 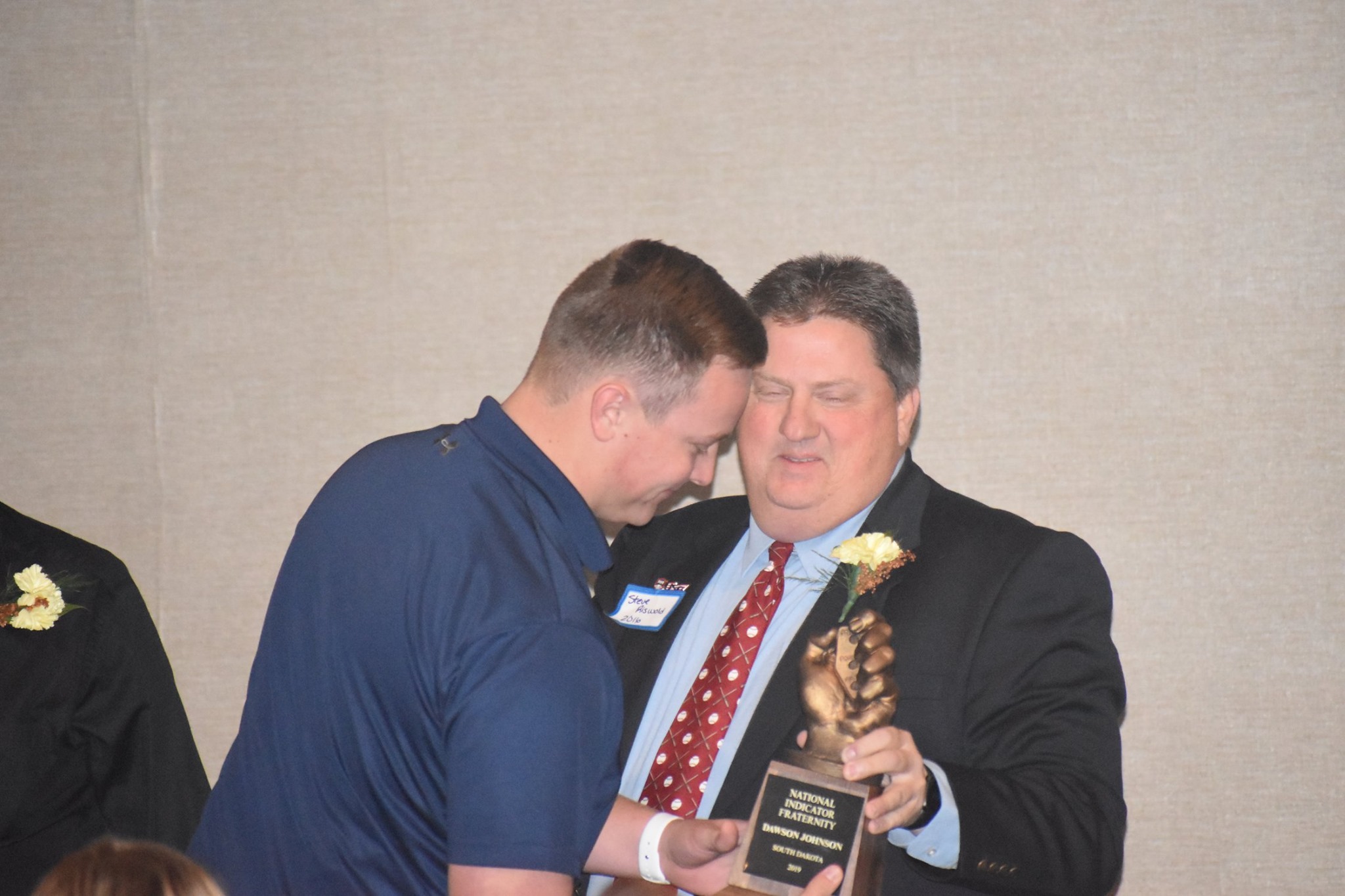 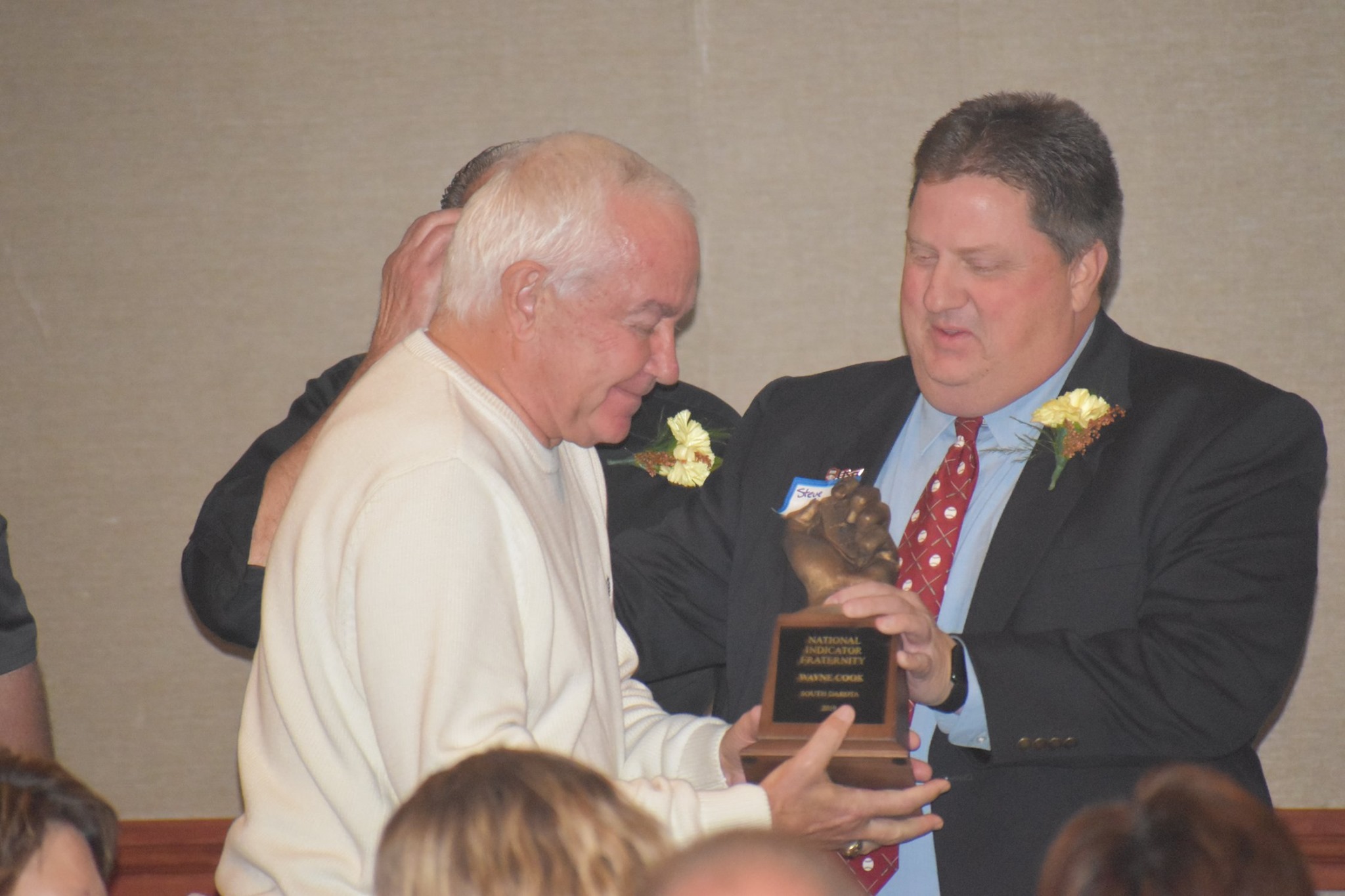 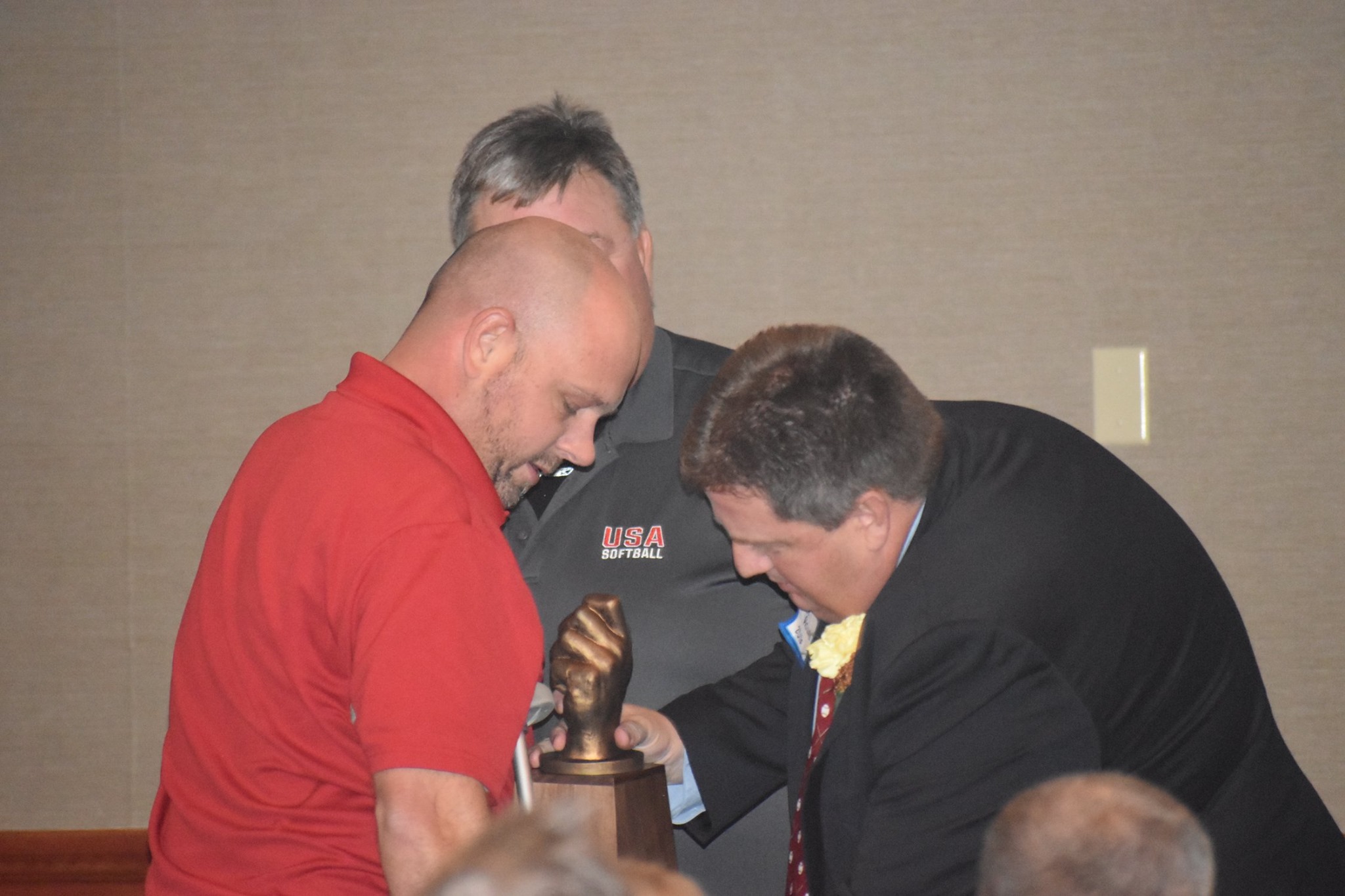 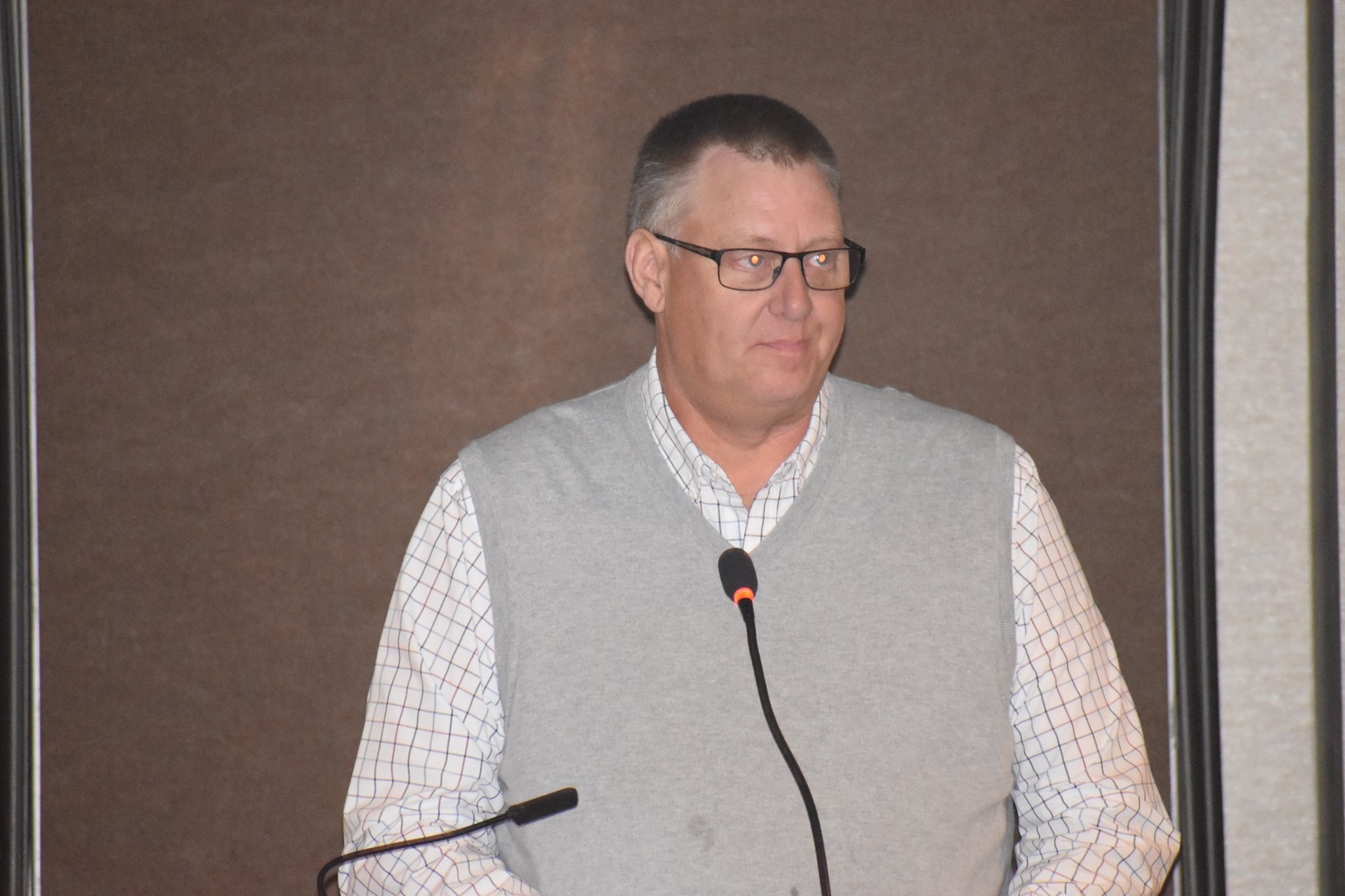 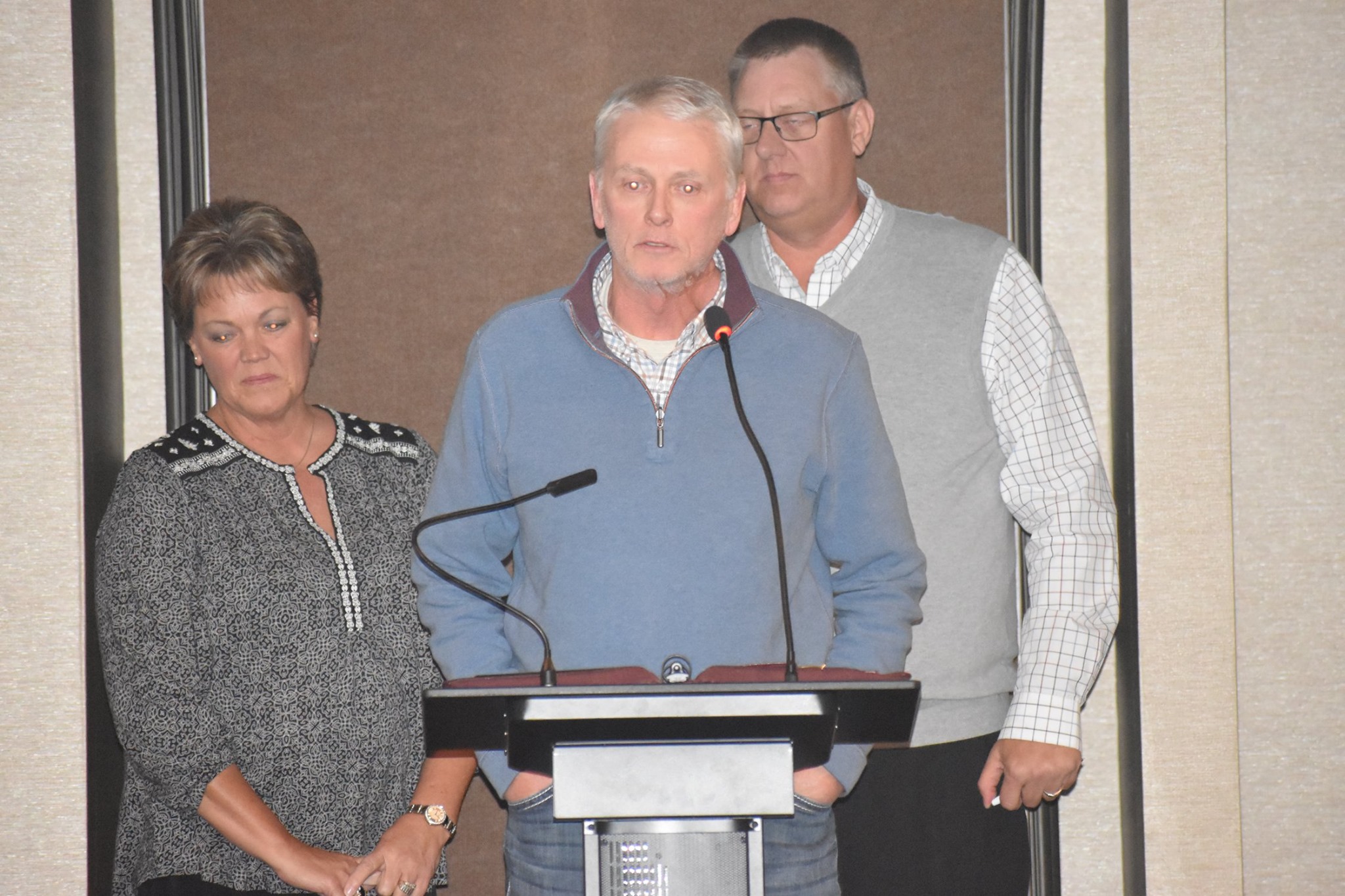 A crowd of 200+ braved the first snow/ice storm to attend the event. Varioux photos from the floor. Standing are prior inductees Mike Ferrie and Warren Kramer. 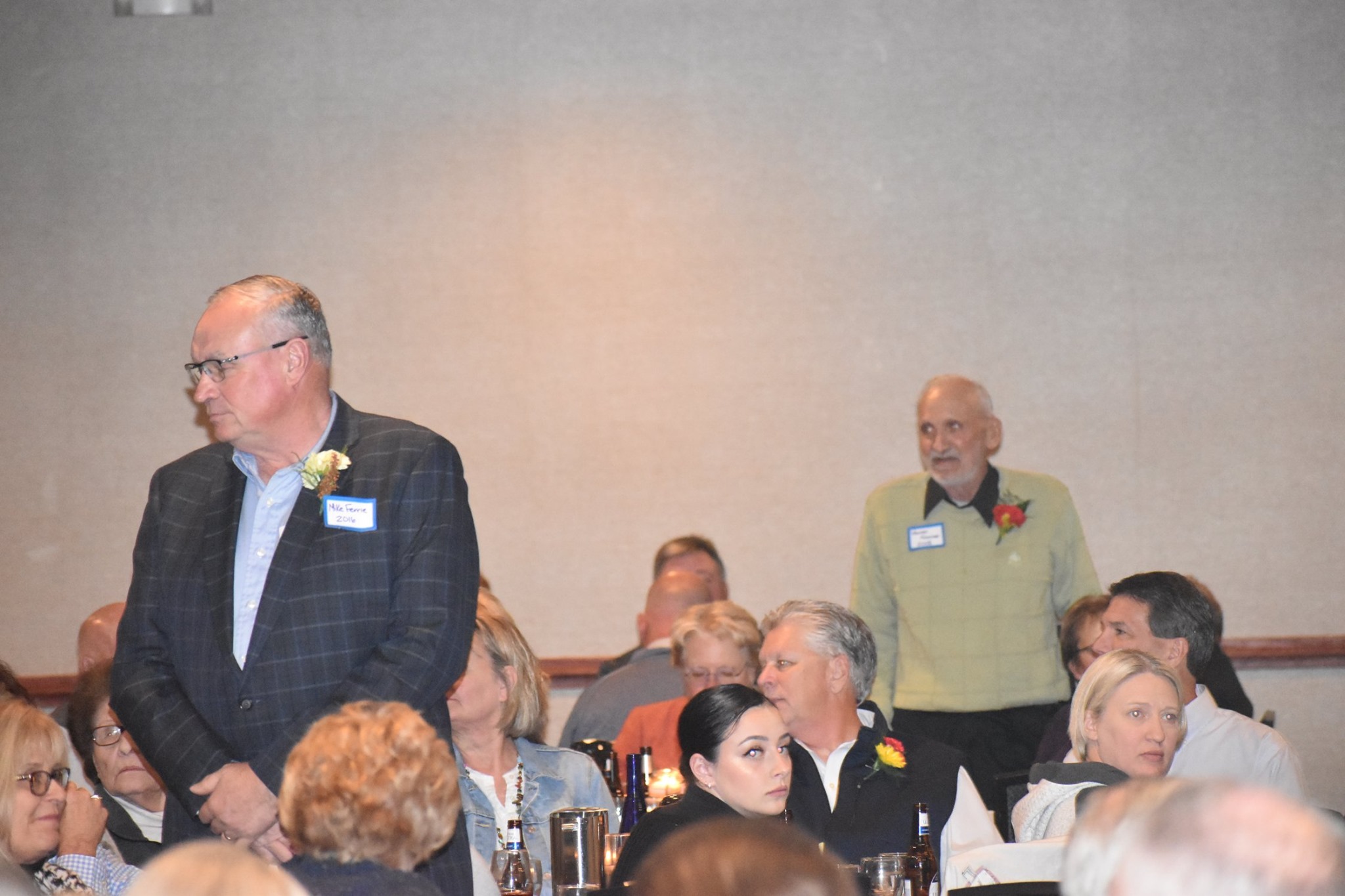 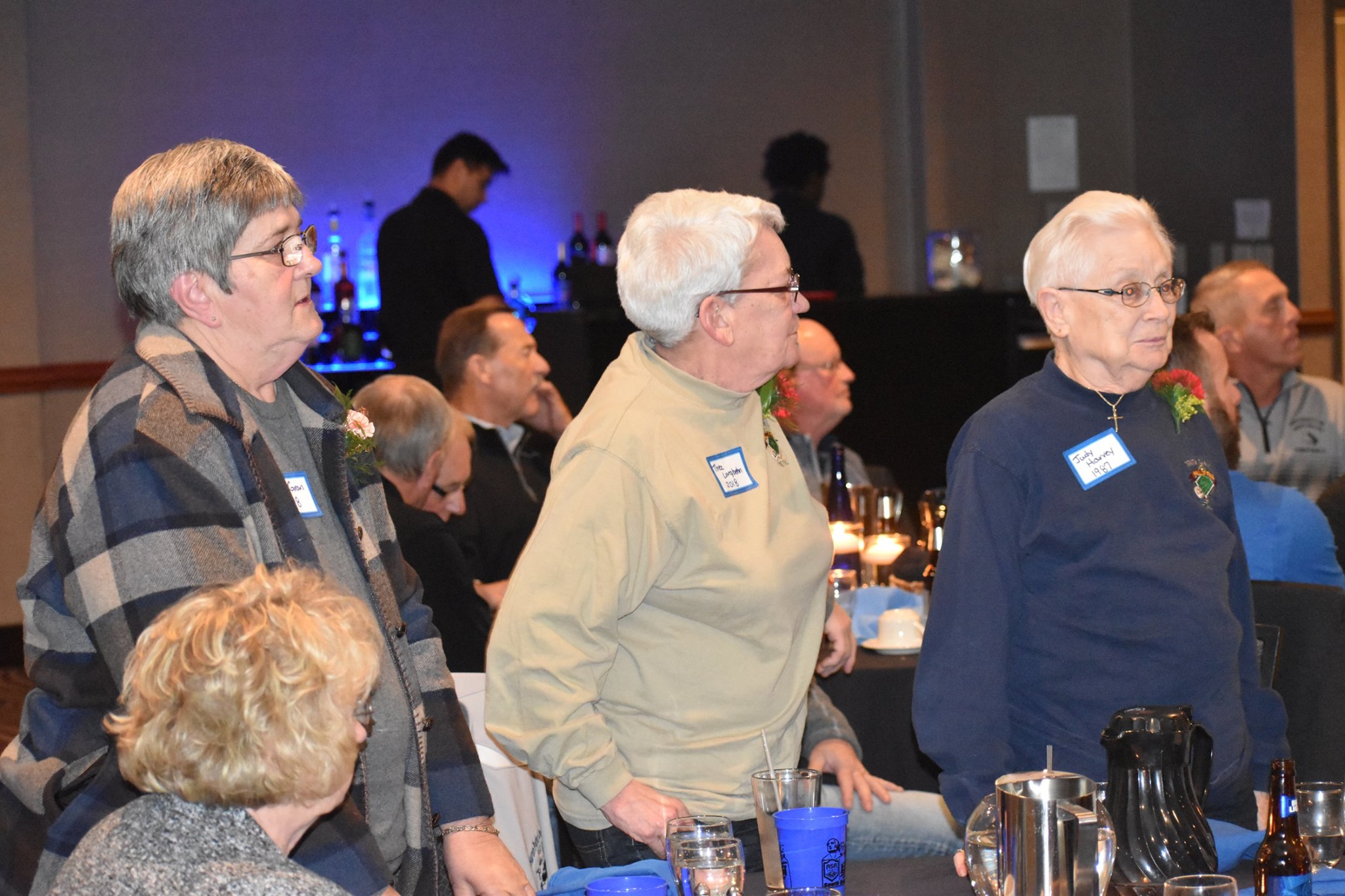 Guest enjoy the fellowship and the ceremonies. We have some humorous people in this game, Mr. Kelly. 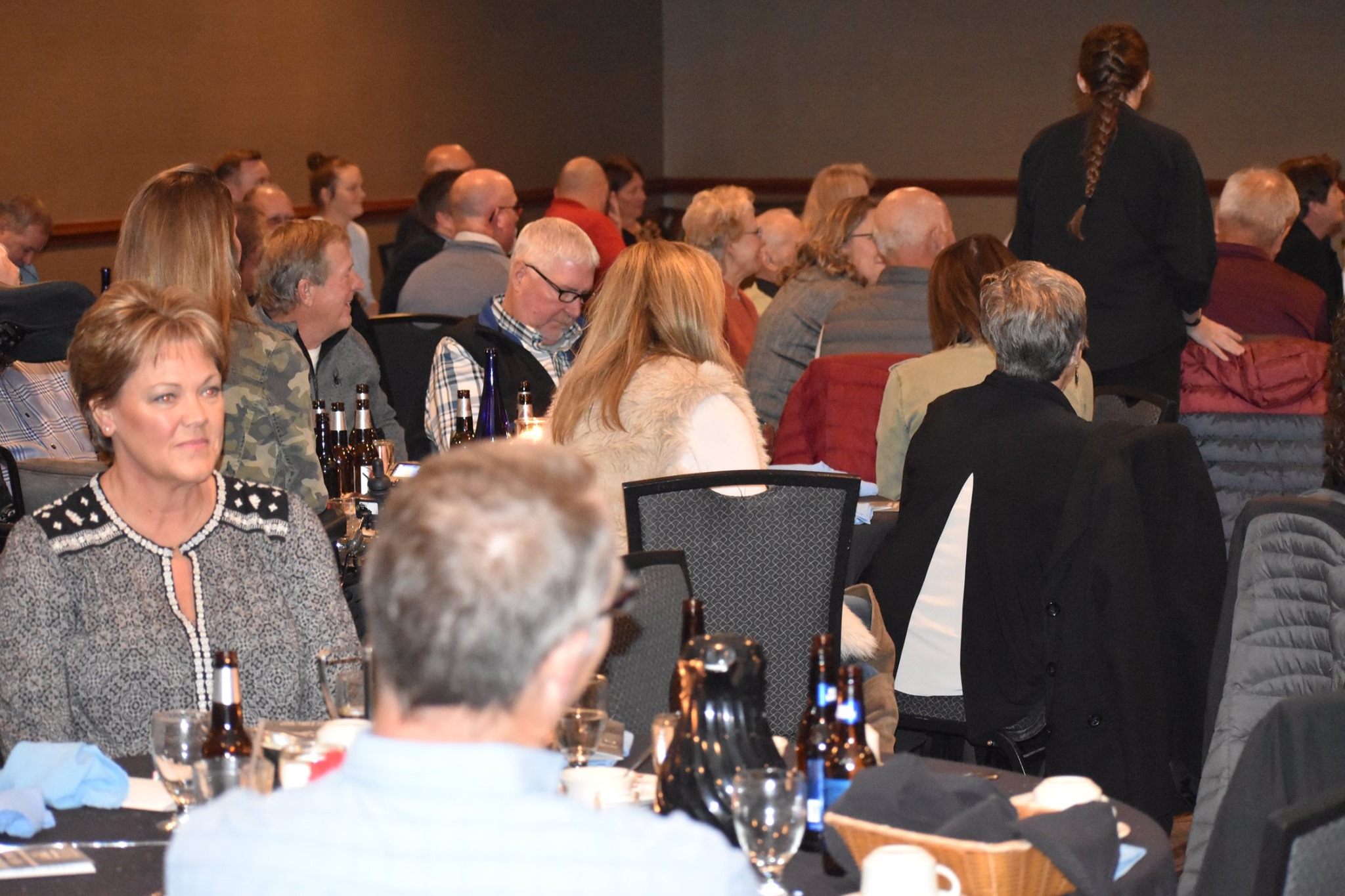 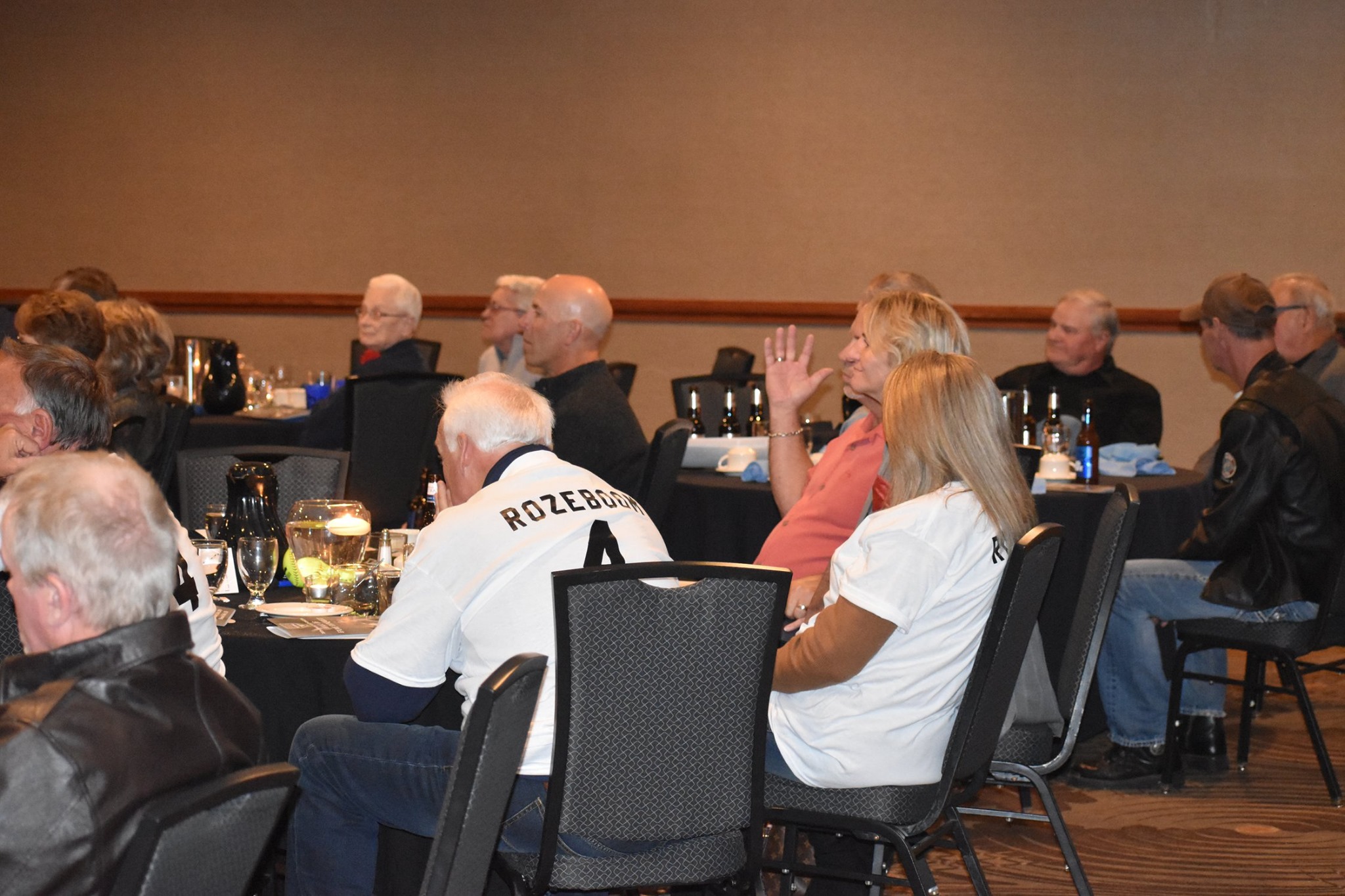