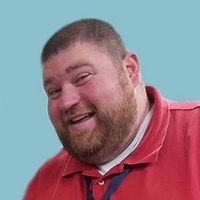 Kris was born on April 7, 1976, in Rapid City.  He attended grade school in Rapid City and graduated from Douglas High School in 1995.  Kris was an avid sports fan and spent much of his time watching live sporting events with his friends.  One of his greatest hobbies was his activity in RCASA Softball, coaching and leading his teams to multiple tournament wins, including a state championship.  Big Kris was a one in a million friend that could be counted on in any situation.  He was loved by many and will be greatly missed by all.

Celebration of life will be held on Saturday, May 4, at the Star of the West Complex, Field 5, at 2 PM.  A reception will follow at the Flying J Bar.