*Kari was a friend of softball, especially 14" & 16" game, where she helped John out at state tournament time. Deepest sympathies to her family. 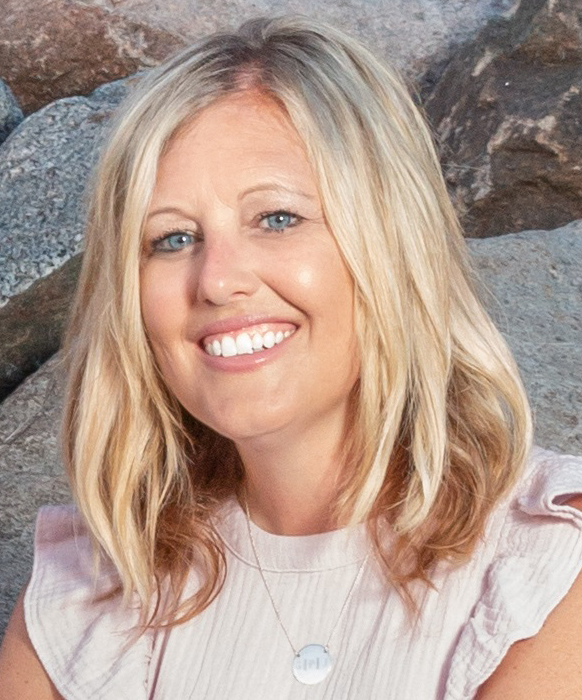 The world lost a beloved soul on Sunday, December 20, 2020. Kari Jo Ulmer Lozenski peacefully passed away, lovingly surrounded by family and friends. Diagnosed with breast cancer in June 2017, she fought a long and hard battle. Despite her pain, Kari always had a smile on her face and selflessly continued serving others in any way she could.

Visitation will be 5-7 p.m., Tuesday, at the mortuary, and one hour prior to the service at the AmericInn on Wednesday.

Family and friends may sign Kari’s online guestbook and view her service at www.schriversmemorial.com.

Kari Jo Ulmer was the second child born to Patricia and Nolan Ulmer in Mobridge, South Dakota on October 1, 1980.  She enjoyed an active childhood with her two brothers, Jess and Jared, cousins and friends.  Kari attended school in McLaughlin, South Dakota until sixth grade, when her family moved to Greeley, Colorado.  She graduated from Dayspring Christian Academy in 1999 and a few years later moved to Aberdeen, South Dakota, where she began her family and professional career.

Kari worked as the General Manager of the AmericInn Hotel in Aberdeen, where she received many awards, including National GM of the Year in 2015.  Kari employed many people over the years at the AmericInn, where many of her employees became some of her closest friends.  Whether it was a job someone took to get through college, or just looking for a positive work environment, people loved working under Kari. The people who knew her best knew her as a scrappy firebrand who would go to the ends of the earth for the people she cared about, and had a one-of-a-kind sense of humor that always kept people laughing and smiling.

Kari was a devoted mother to her children, Gracie (13), Porter (11) and Jaxi (9).  She treasured each of her kids and was always their best fan at each soccer game, wrestling match, dance recital, BMX race, or school event. Her contagious smile and joyous personality will forever live on in the lives of her children.

Among being a devoted mother, loving daughter, and caring friend, Kari was an avid baker (known as “Betty Crocker” amongst her friends), threw the most amazing parties, and was an active member of the community – there is hardly anyone she didn’t know! She had an uncanny ability to light up the room and was always thought to be the life of the party.

Kari was survived by her parents, Patricia and Nolan Ulmer; her children, Gracie, Porter, and Jaxi; her older brother, Jess (Lindsay); her younger brother, Jared; niece, Lily; nephew, Noah; and many loving aunts, uncles, and cousins.

Kari was preceded in death by her paternal grandfather, Gordie Ulmer and her maternal grandmother, Mary Joan Holzer.  It brings us joy to know they are rejoicing in Heaven with her.

Her presence here on Earth will be greatly missed by all of her family and friends who held Kari dear in their hearts.