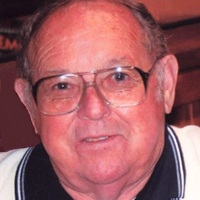 DUE TO CURRENT CONDITIONS WITH THE COVID-19 VIRUS, MASKS ARE HIGHLY ENCOURAGED TO BE WORN AT ALL TIMES FOR THE VISITATION, LITURGICAL WAKE AND THE FUNERAL MASS.   Thank you for your understanding.

Visitation will be held on Friday, November 13, 2020 from 4-6PM at the St. Henry's Catholic Church in Henry with a Liturgical Wake service beginning at 6PM

A funeral Mass will be celebrated at 10:30 AM Saturday, November 14, 2020, in the St. Henry Catholic Church in Henry with burial in the Church cemetery.  The Reverend Daniel Smith will be celebrating, Dorothy Fuller and Pam Albers will provide music.  Honorary casketbearers will be Kylie, Lisa, Angie, Krista, and Kaitlyn with active casketbearers being Mike, Dan, Mark, Brandon, Juston, Joshua, and Jason.  The bagpiper will be Mona Gleysteen with military rites provided by the Cagley Smith American Legion Post #60 of Clark and the Navy Honor Guard.

In Lieu of Flowers, memorials to the Cagley Smith American Legion Post #60 of Clark would be greatly appreciated.

Jerome Peter O’Neill, known as Jerry O’Neill, was born on the family farm south of Henry on October 30, 1933, the son of Bernard and Mildred (Coyle) O’Neill.  He attended Henry school, graduating from Henry High School in 1952.

Jerry then enlisted into the United States Navy and served his country honorably from 1953-1957.  Following his discharge he returned to Henry.

On February 15, 1958, he was united in marriage to Carol Keyes at St. Henry Catholic Church. They lived in Minneapolis until 1964 when they returned to Henry and owned and operated a small trucking company until 1974.  In 1967 they bought the hardware store in Henry and operated that until 1972.

Jerry became the manager of the Henry Municipal Bar until it burnt in the spring of 1977.  He then built the Henry Steakhouse and Lounge in 1977, retiring in 1994.

After their retirement, he and Carol traveled around the country sightseeing, often with Dick & Judy Keyes.  After getting restless in retirement, Jerry’s brainchild was building the 212 One Stop convenience store in 1996.  He was a board member of the South Dakota License Beverage Dealers, an organization he was very active in.  He also served on the Henry Town Board and drove school bus for the Henry School.

For many years he enjoyed playing golf with Chuck Larkin, playing softball- in the catcher position- and was an avid fan of the Minnesota Twins and Vikings.

Preceding him in death were his parents, brothers, Dick (Judy) O’Neill and Jim O’Neill.

Funeral arrangements are announced by the Furness Funeral Home at Clark where there is an on-line registry at www.furnessfuneralhome.com